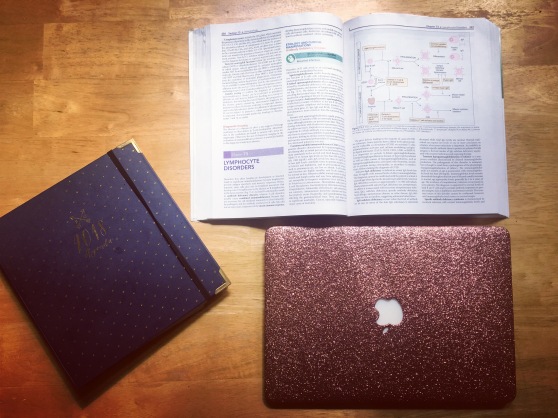 For those of us participating in the NRMP match, today is a big day. Scrawled in all capital letters in the box attributed to February 21st is “submission day.” In other words: rank lists are due. It’s crazy to believe that in less than a month, we’re going to find out: if we get our first job in medicine, whether or not we will have to move, and if we need to invest in a new wardrobe (like omg winter coats?). Pre-match anxiety is real (beyond real) and I’ve found myself re-reading my personal statement when I need a dose of reality, when I need a reminder of why I’m letting an algorithm decide my future, or when I need a source of motivation.

Her name was Isley and she was beautiful. She was two months and 28 days old when she was admitted to Lafayette Women’s and Children’s Hospital for respiratory distress. Her mother was young, no older than twenty-four years old, and appeared anxious: Isley was her first child and had only been out of the NICU for a few days prior to this hospital admission.

I found, when I examined Isley before rounds, that her condition was either unchanged or worse. One morning her mother asked me, “does she sound better?” I shook my head: “no, still very coarse.” Isley was on high flow oxygen at that time.

“What does that mean even?” She sounded tired.

I handed her my stethoscope and she listened to Isley. I let her listen to my breath sounds for comparison.

“She doesn’t sound good,” she said. She sat down on the couch that served as her perch for the entirety of Isley’s stay. She never left. She was never accompanied. “Can I ask you something?”

“Sure, anything. If I don’t know, you can ask my attending when she comes by in an hour or so.”

“Is this my fault? I mean, did I do something wrong?”

I sat next to her on the couch and she held my hand as she cried.

Continued desaturations and increased oxygen requirement prompted the decision to step up to the ICU. A few days later, Isley was transported to a hospital better equipped to manage her care. Even after Isley left the hospital, I thought about her and her mother. Isley was not the sickest patient that I had cared for and her mother was not the first whose tears had splashed onto my white coat. Nonetheless, I replayed the moment described above again…and again…and then I wrote about her. Details were changed but the truth of the encounter was untarnished. As I wrote, I reflected. As I reflected, I came to understand how this experience exemplifies the aspects that I appreciate about the field of pediatrics.

I am drawn to pediatrics not only because I enjoy working with and caring for children, but also because I value the opportunity to care for the entire family. I feel privileged to assuage parental fears. I enjoy finding creative ways to explain pathology to children – the comparison of white blood cells to Power Rangers is an all-time favorite. I recognize the impact of well-informed parents –the information shared in clinic and hospital rooms is repeated on playgrounds and at playdates. There is a profound sense of teamwork in pediatrics as the medical team and family members work toward a common goal: improved health of the child. The most attractive aspect of the field is the emphasis of patient advocacy and preventative health. This emphasis aligns with my career goal: to have a career that reflects my passion for healthcare delivery and patient advocacy.

Throughout middle school and most of high school, I was certain that I would become a journalist. I treated the New York Times as my bible. I read (more truthfully: dissected) articles. Unsurprisingly, I was overjoyed when my tenth grade English class attended a guest lecture by New York Times journalist, Thomas Friedman. Friedman described the impact of war in the Middle East on healthcare in the United States. He drew connections between healthcare and climate change. I was fascinated. I read article after article about healthcare economics, quality of care, and healthcare inequality. I thought about how I could effect change with the words I penned: I would expose issues; I would provide suggestions in op-eds; I would make an impact. As I read more articles, I developed a greater interest in public health. After I stumbled into the world of narrative medicine, I recognized the power of the patient narrative. As I spent more time in hospitals and clinics, I was struck by the powerful relationship between the patient and the physician. Over time my interest shifted from journalism to medicine. Nonetheless, I continued to write.  Throughout clerkship year, I wrote about my patients and my experiences. Some of these narratives are published but most of them are scrawled onto scraps of paper that are shoved into a green folder on my desk. The stories, some painful and less so, are distinct: the patients are of a broad spectrum of ages and health status – some relatively well and some only days away from passing. These moments that I have written about and reflect upon have been the moments when I have learned what roles I want to fill as a physician: healer, educator, advocate, and confidant.